I have a college degree in communication design which basically means I’ve studied and have had an interest in the visual arts for most of my life. And for as long as I can remember, whenever the students were supposed to do any creative work, there was always someone talking about how wrong it was to copy and how much better it was to be creative and original. Now, I don’t think anyone will disagree with that statement except for one small detail: in order to have the technique and experience required to create your own work you often need to study and even copy other people’s work as part of the learning process. If that wasn’t true, tutorials wouldn’t be such a large business.

Historically, artists would start as apprentices to a master who would teach them to draw or paint, like he did. The apprentices would copy the master’s style sometimes to a point where it would be difficult to tell exactly who had done the work.

Where we must draw the line is when someone then decides to sell this copy as their own work, especially if it’s done without the original author’s permission. It’s one thing to copy as a learning tool but to profit from someone else’s work, design, whatever, without permission is obviously wrong. Tutorials often state you can sell work based on the tutorial design provided you mention the author, and that’s fine – you paid for the right to profit from your work based on the tutorial. Otherwise, it’s just plain wrong.

Now that that little disclaimer is out of the way, let me carry on with the point.

So the point is that we are all inspired and influenced by what we see. To believe you can live in a vacuum and that everything you do is going to be completely original is just fooling yourself.

I believe that copying – and this can be done by following instructions, such as tutorials or lessons, or by trying to figure out a technique by replicating something you like – is part of the learning process. But unfortunately, not a lot of people will tell you this, preferring instead to make you believe that creativity is something that you either have or you don’t have, even tell you that it can’t be taught.

Personally I think that’s bullshit. You can learn almost anything you decide to learn if you take the time to practice and have the necessary drive to succeed. A large part of any art form is technique and most of the techniques used in jewellery making have been around for thousands of years.

And sure, some people have the ‘inspiration’ to take that technique and make something wonderful and some people simply become skilled at the technical side but not artists in the true sense of the word. Still, it doesn’t mean that those technical skills are useless or that you can’t use them in interesting and even creative ways.

People have certain areas of vocation or preference that lead them down their path, but when it comes to art a lot of people stop before they even try because there’s so much mysticism about artistic ability. There’s talk of ‘muses’ and ‘divine inspiration’ which, in my opinion, takes a lot away from all the hard work the artists actually go through.

Sure, when you come up with a certain design, song, whatever, it’s hard to explain how it came to you. It can be something you dreamt, it can come to you in a flash when you look at something or it can be something you were working on for ages but only comes together when you finally figure out the missing piece. And so, because we don’t really know how our brain works, the words used to describe the process always fail to do it properly and end up sounding religious or mystical.

As a designer I see creativity in a very simple way: It’s problem-solving.

When we decide to do something – a painting, a ring, whatever – we are faced with a number of choices and problems to solve: color, form, function, materials, and so on. Each choice we make and the way we solve each problem form the basis of creative work.

This is why some people prefer to jump right into their work with no project. As they work they make choices until all the problems are solved and the work is finished. When we sketch a project the same process can be applied, but for some, the dreaded blank page can also stop creative flow, especially when we put too much pressure on ourselves to make something wonderful right from the beginning.

But I digress. What I meant to talk about is the controversy regarding copies of other people’s work. I started off by stating that in order to learn a certain craft or artistic technique you shouldn’t be afraid to copy. Usually there is someone whose work we admire because it represents the level we wish to achieve.

But some people, in all artistic fields, go so far as to state that if you make any derivative work – work based or inspired by someone else – you shouldn’t even show it to anyone. Really? Not even show it? Just hide it in a drawer like it’s your own personal shame? Come on! The design may not be yours but you made it, with your hands and your technical skill and it’s natural to be proud of it and want to show it off. Are you also going to tell your 6 year old son he can’t draw superman because it’s copyrighted? Somehow I doubt that very much.

In fact, drawing is a good example of of what I’m saying. Some of the best illustrators working today were kids who started off trying to copy their favorite comics and learned to draw in the process. They have also, in time, developed their own styles, sometimes precisely because there were certain things they could not copy exactly or could never quite figure out how to do, and they had to come up with a solution that worked for them and developed their creativity in the process.

It’s a long process to get to a point where you know what you want to do and how to achieve it. It requires dedication and persistence. But until you go through the learning process, through trial and error, it’s hard to find your own style and create something fairly original. I’m not saying it can’t be done but it’s more the exception than the rule.

To try and make something completely original the first time around generally results in disappointing work and is one of the frustrations that lead many people to give up before they had time to develop their craft properly.

But the fear of copying can block creativity as much as that blank sheet of paper. If we’re always worried about whether or not what you’re doing looks too much like something else, you never do anything, you get stuck. It’s best to work without these worries and evaluate the result with a critical eye only at the end.

It’s also possible to work in a certain style without copying. Throughout history we’ve had artistic movements where each artist has a personal style but they share certain common elements and influence each other, like cubism or impressionism.

Today it’s very difficult to come up with something new. Everything is based on what came before, like a staircase constructed step by step. Most original artistic work consists on taking elements from the past and mixing them up in a different way. It’s how you mix them that’s creative and new.

When you talk about a field like jewellery, in which certain ergonomic rules apply and give you limited parameters in which to conduct your work if it’s to remain wearable, this question of originality becomes very difficult indeed. On elaborate pieces it’s easier to claim ownership of the design but simpler pieces made by many different people can be exactly alike without copying. It’s just the natural solution to a specific problem.

Still, if your work is inspired by other artists you should at least mention your influences. Painters and musicians do it all the time so why shouldn’t jewellery makers and other artists? It seems only right to value the artists we admire.

But in certain areas, like wire wrapping, I see people butting heads all the time and refusing to teach technique because that would give someone the tools to copy a design or because they make a living selling tutorials so anyone teaching something for free is a threat. It’s treating everyone like a criminal and people get caught up in petty, demeaning arguments.

The bottom line is that people are afraid that someone will come along, steal their designs and make a lot of money selling them while the original designer gets nothing. They probably don’t mind if they inspire someone else, but everyone needs to make a living, and unfortunately you always have to watch your back and try to get ahead of the competition, especially those who prefer to copy exactly what is already done rather than have to think about how to make a certain technique or piece their own.

This fear reduces the will to share experience and knowledge that would benefit people who have a sincere wish to learn and to develop their own skills and creativity.

I have learned from books, tutorials and teachers and I acknowledge them whenever I can. I won’t, however, lose sleep over whether or not a certain piece I make reminds me of this or that artist because my goal is to create my style, not be stuck making the same as other people. I try out things to see what I like, discard what I don’t, pair what I learned with something else I come up with and build my knowledge in technique and design with each piece, always striving to do better. So should everyone.

Just take it one step at a time, don’t try to take credit for something you know you didn’t create, give credit to your teachers but feel free to explore without fear because that’s where the spark of creativity comes from. 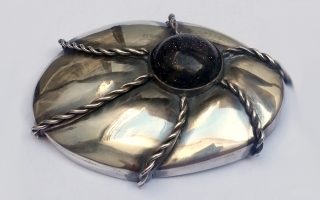 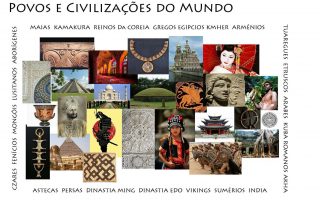 Jewellery Exhibition – Peoples and civilizations around the world