I’ve made a video on how to oxidize, or apply patina, to copper or silver.

The chemical compound used in this video is potassium sulfide, also known as liver of sulfur. In its natural state it’s a solid, like little crumbly pebbles, that can be dissolved in hot water. It’s also sold already in liquid form and also as a gel. I use the liquid version.

I strongly advise the use of gloves, apron and perhaps even a mask when working with this or other chemicals. It’s essential to work in a well ventilated ares because the smell is quite strong and unpleasant and inhalation is not advised as it can cause headaches and dizziness.

The instructions for the liquid liver of sulfur say that you should mix a small amount with hot water, but if you do this the liver of sulfur will be weak and lose its strength quickly, so you can only use it once. It seems quite a waste to me because I tend to work in small batches, so I use it directly from the bottle. This way, whatever is left can be poured back into the bottle for next time.

When you remove the metal from the liver of sulfur you should avoid using ferrous utensils, such as iron or steel tweezers or pliers. Liver of sulfur is a corrosive and will cause your tweezers to rust. Instead, try using plastic or brass tweezers.

After removing the metal from the solution you should wash it thoroughly to get rid of any particles that cover the metal so they won’t be released later on, when in contact with the skin. I’ve seen many recommendations to neutralize the LOS in baking soda but since they’re both basic that makes no sense. Just dilute to make it weaker.

Before throwing away whatever is left of the solution, I usually keep it in a jar for a few days in sunlight until it goes clear. That way I know it’s no longer active and I can throw pour it down the pipes. Apparently you can also water your plants with it as it’s one of the ingredients in plant fertilisers.

How to form cuffs from metal sheet 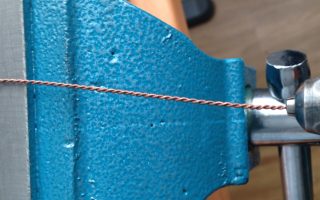 How to twist wire 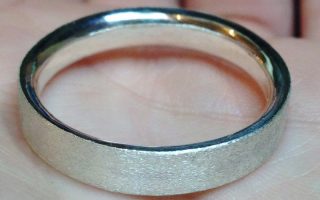 How to make a simple gold wedding band